Batman and Robin the boy Wonder premiered September 13,1969 cartoons shows that aired two approximately 12 min cartoons, one a Batman cartoon and the other a Batman And Robin cartoon. They were made by Filmation. In 1976-77 Filmation Started a new cartoon series starring Tarzan, called Tarzan, Lord of the Jungle. The next year (77-78) they brought back Batman and coupled it with Tarzan as the Batman/Tarzan Adventure Hour. 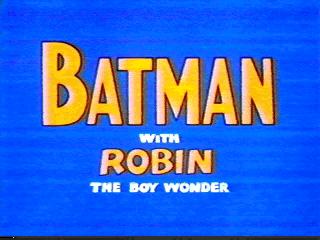